We provide a unique perspective on gender, women’s rights, violence against women, pop culture, politics, current events, sexuality, and many other issues that are often underrepresented or misrepresented by mainstream, progressive, and feminist media sources. 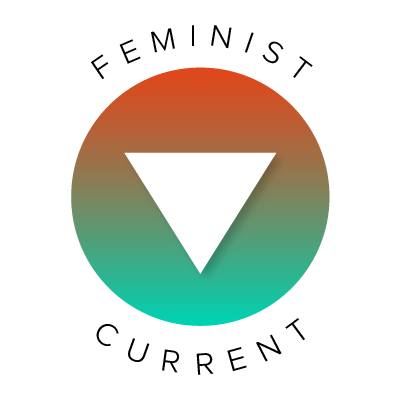 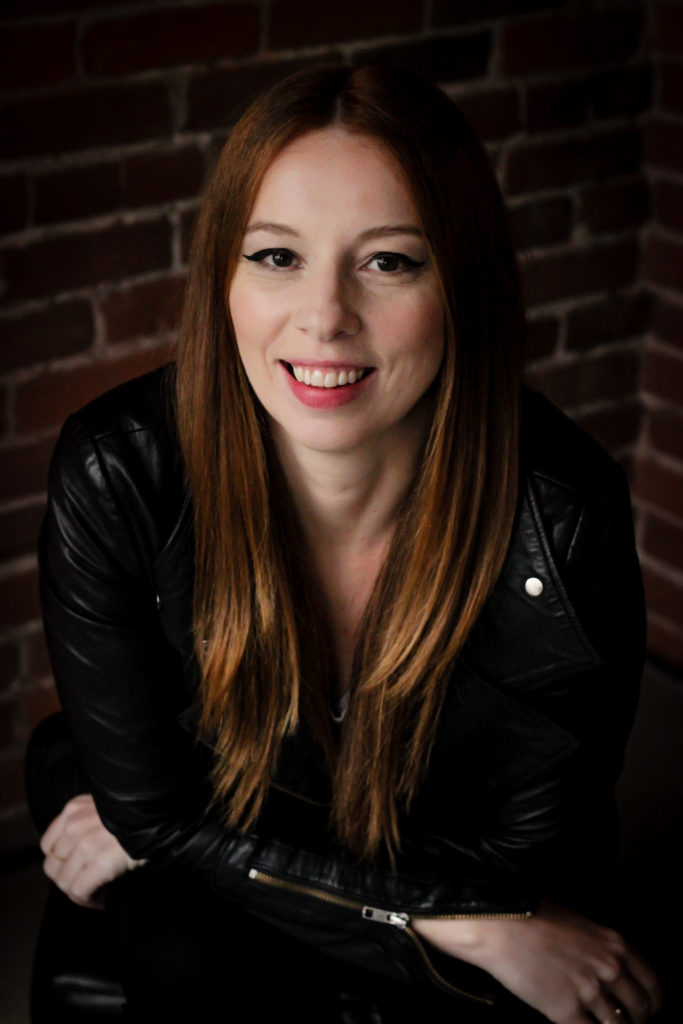 Meghan Murphy is a freelance writer and journalist, and is the founder and editor of Feminist Current. She completed a Masters degree in the department of Gender, Sexuality, and Women’s Studies at Simon Fraser University in 2012.

Meghan began her radio career in 2007 in a trailer in the middle of a sheep field. The show was called The F Word and aired from a tiny Gulf Island off the coast of B.C. She took full advantage of the unmonitored freedom of pirate radio by drinking beer, reading passages from Andrea Dworkin, and playing Biggie Smalls. She returned to Vancouver, where she joined the coincidentally named F Word radio show, airing out of Vancouver Co-op Radio, which she co-hosted and produced until 2012. The Feminist Current podcast brings original, woman-centered analysis and interviews to listeners around the world. Listen to the Feminist Current podcast on iTunes and all your favorite podcast apps.

Meghan has been writing about feminism since 2010. She is known for going against the grain and was the first to publish a critique of Slutwalk, back in 2011, and was one of the only popular feminist bloggers to publicly articulate both a radical feminist and socialist position against the sex industry. Meghan’s critiques of third wave feminism, burlesque, self-objectification in selfies, gender identity politics, and choice feminism have brought both acclaim and attacks, but most of all recognition as a writer who isn’t afraid to say something different, despite what progressive and mainstream media deem to be the party line.

She has spoken around the world about the issue of gender identity legislation and women’s rights, including at the Canadian Senate and Scottish Parliament.

You can find more of her writing at TheSpectator, Spiked, the CBC, Truthdig, The Globe and Mail, the Georgia Straight, Al Jazeera, Ms. Magazine, AlterNet, Herizons, The Tyee, Megaphone Magazine, Good, National Post, Verily Magazine, Ravishly, rabble.ca, xoJane, Vice, The Vancouver Observer, UnHerd, Quillette, and New Statesman. Meghan appeared on the Joe Rogan Experience in 2021, as well as on numerous other podcasts and news shows, including Triggernometry, Real Talk with Zuby, Blocked and Reported, NewsHub Nation, CBC radio, Sun News, Fox News, Scotland Tonight, BBC Radio 5, The Hill, and Al Jazeera English. She is currently working on a book project of her own, which takes a critical look at third wave feminism.

Meghan is currently living in Mexico, after having left Canada for freer pastures 2021.

Would you like to contribute to Feminist Current? We welcome new contributors! Please contact info[at]feministcurrent[dot]com outlining your writing experience along with a pitch or sample post. Include links to any of your online writing if you are able. Past online or magazine writing experience is definitely an asset. Be sure to fully explore the site to see if your writing/analysis would fit with our style. Let us know why you are interested in writing for Feminist Current!

Please don’t pitch us under a pseudonym. We have, on occasion, published work by authors who use a pen name for safety reasons, but only in exceptional circumstances. If you are pitching under a pseudonym for whatever reason, please do let us know. For the sake of professionalism and accountability, we do ask that authors publish under their real name.

If we do publish your piece, be aware that Feminist Current will not unpublish pieces once posted, with exceptions for legal reasons.

Feminist Current is looking for a new angle — one that is critical and that gets at the root of the issue.

Online writing isn’t exactly the same as magazine, newspaper, or academic style writing. Online, many people will scan or kind of “speed read” an article. They have a short attention span too. Reading from a screen is not as comfortable as reading print, and we are accustomed to ingesting many news stories, videos, essays, images a day. This may not be a good thing, but it is a reality. We are looking for accessible writing that is clear and to the point and enjoyable to read (think “chatty”). This does not mean you have to “dumb it down,” but do try to avoid jargon, “insider baseball” pieces, and overly academic terms. Don’t use big words in order to impress. Readers do not want to be impressed by your ability to use a thesaurus – they want to understand what you are saying/arguing and to feel engaged and interested in what they are reading. Use normal, accessible language (please for the love of god do not use the word “thus,” for example). The purpose of writing is to convey ideas, arguments, and information to the reader, not to impress them with flowery words or academic terms only understood by a select few. It doesn’t make you seem smart, it makes you seem like you are a first year university student.

Keep sentences and paragraphs short as best you can. Avoid stereotypes, cliches, and generalizations. Be sure to back up statements and claims with facts and evidence. If you are writing an opinion piece, be clear about what your opinion is. No need to be passive, you are trying to make a convincing argument. Believe in your argument. Make sure your opinion is based on a response to something real — don’t build strawmen to knock down. Don’t say “People are always saying _____,” if it isn’t really true, just because you want to make an argument on that basis. Don’t intentionally misinterpret a person’s words because it makes your argument stronger — in the end, that will weaken your argument and lead your readers not to trust you.

Avoid exclamation points unless absolutely necessary. Avoid using quotation marks and italics as a way of qualifying or emphasizing a word or phrase if you can. Let the sentence explain itself.

Show, don’t tell. Describe, don’t preach. Avoid hyperbole. Do not write in a passive voice, but an active one.

Double-check your facts. Unfortunately we don’t have the resources to do fact-checking, so we rely on writers to be careful about what they say and ensure accuracy.

In general, we do not post pieces written by “Anonymous.” Please write under your real name. We do make exceptions every once in a while if there is a serious safety or legal issue, but please do not pitch under a pseudonym. You must be accountable for what you say. If you aren’t comfortable saying it, don’t.

Use hyperlinks, not footnotes to reference sources.

Feminist Current is based out of Canada, which means we use Canadian spellings (“colour,” instead of “color,” for example) and follow the Canadian Style Guide (with a few exceptions).

PLEASE use active instead of passive voice.

We support the Oxford comma. Use it.

Please always provide us with your full name and an up-to-date bio (only one or two lines max). Include links to your social media accounts (Twitter) and websites or blogs if you’d like us to link to them. If you have an image of your own (i.e. a photograph you own the copyright to) you’d like us to use for the story, that’s great! Please do not send us images to use that you do not own the copyright to…

We edit most pieces pretty heavily. You are not by any means expected to accept all of our edits if, for example you feel an edit changes the meaning of your argument, but in general our edits are there for good reason. In other words, expect to be edited!

We look forward to working with you.

The views and opinions expressed by writers or commenters on this site are their own and do not necessarily reflect the views of Feminist Current.

This is not a public forum.

Decisions about whether or not comments are published happen at the discretion of the moderators. Comment moderation is not up for debate. Comments that are nasty, repetitive, antagonistic, trolling (i.e. clearly not left in good faith), or that engage in anti-feminist slurs may be removed. Please avoid name-calling and insulting or attacking the authors of posts.

If your comments are deemed unpublishable, this does not constitute censorship. This is our space, and we are trying to curate a productive conversation that (for once) centers women and women’s interests. We aren’t interested in wasting women’s time with the same kind of nonsense comments that dominate every other comment section on the internet.

Please say things that are true. It is impossible to have any kind of conversation that is either sane or productive if we don’t stick to this rule. If you argue that something was said in the post at hand or by other commenters that was not actually said, your comment may be deleted.

Please be aware of the space you are taking up in the comment section. If you start spamming the comments (leaving ten comments at one time, etc.), we may moderate you. Leave space for other people and do your best to leave comments that are productive. Leaving one thoughtful comment is more useful than twenty.

If you compare feminists to Hitler and/or fascists, say feminists “just need to get laid,” or engage in any other boring, anti-feminist cliches,  your comment will likely be removed.

Finally, we have a very busy comment section that we take very good care of here at Feminist Current. This means moderation is a fairly time-consuming job. Because we moderate all comments manually, the process can feel slow, and sometimes you will have to wait half a day or more for your comment to be approved. We appreciate your patience.

Feminist Current’s site and materials are to be governed by the following terms and policies:

By accessing this web site, you are agreeing to be bound by these web site Terms of Use, all applicable laws and regulations, and agree that you are responsible for compliance with any applicable local laws. If you do not agree with any of these terms, do not use this site. Any claim relating to this website shall be governed by the laws of Canada. The materials contained in this web site are protected by applicable copyright and trade mark law.

Feminist Current contains links to other sites. We are not responsible for the privacy practices or the content of such websites.

Feminist Current makes feedback and discussion forums available to its users via the comment section. Please remember any information disclosed in these areas becomes publicly available, and therefore you should exercise caution when disclosing personal information.

If you have any concerns about this, please contact: [email protected]