“The 22-year-old woman was found dead in a hotel room in the Quebec City suburb of Sainte-Foy last Wednesday. Levesque had been a sex worker, according to Radio-Canada sources.

The man accused of Levesque’s second-degree murder, 51-year-old Eustachio Gallese, had been on day parole since March 2019 for the 2004 killing of his former spouse…

… The parole board denied Gallese full parole last September, however, it extended his day parole with several conditions, including the requirement that he report any relationships with women, sexual or otherwise.

At a hearing into Gallese’s request for full parole, the board heard from the offender’s parole officer that while living in a halfway house, Gallese had been allowed to have his ‘sexual needs’ met.” 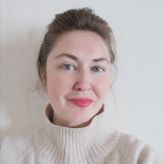 Genevieve Gluck is a writer and advocate for women's sex-based rights and creator of Women's Voices, an audio library dedicated to bringing awareness to feminist texts and speeches.

What’s Current: Vancouver Public Library confirms next #GIDYVR event will go ahead, despite efforts to no-platform