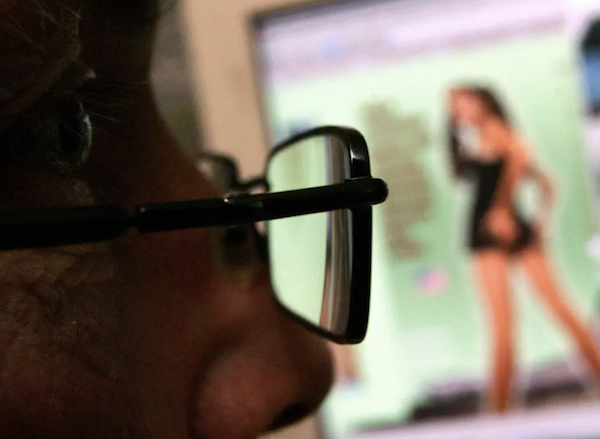 It’s easy to say a thing is immoral and therefore those who engage in that thing are bad, and end the conversation with that, but that tends not to be an accurate or effective approach. If we want to truly engage and convince others of our views — or at least help them understand — we need to explain ourselves, and actually engage with our critics and adversaries ourselves. We can’t demand people listen to and understand us if we refuse to listen to and understand others.

I am a free speech absolutist, and lean closer to libertarianism, nowadays, than ever before. I support free choice, autonomy, and liberty for all. Individual freedom is paramount, and I have little trust in the government to determine what may and may not be said, shared, or produced online. That said, it is clear that within that, we are obligated to protect others from harm as best we can. We don’t have the right to inflict harm or violence on others, and we do still need to have conversations about ethics and morality, outside the law. My perspective on porn is not black and white, and I am always open to changing my mind, as well as to honest, open conversation, but I would like to outline where I’m at now, as I find myself misunderstood or misrepresented on both ends of the debate.

There are other issues beyond this, surrounding the broad objectification of women and the fact pornified imagery is completely mainstreamed — all over Instagram, as women scramble for attention, validation, and to build their audiences as “influencers,” but in as far as what we can do legally, I think a version of the “Nordic model,” applied to pornography, could work.

While I may not be pro-censorship, I am perpetually confused by the hypocritical legal approach to pornography.

To be clear, I do not wish to police what happens in individuals’ bedrooms. But what we are talking about, I am told, is a “job” — employment, which indeed is subject to laws and regulation, and is very much up for public scrutiny, unlike the private sexual inclinations of consenting individuals. What we are also talking about is a product — a business, I am told. Also subject to rules, regulations, law, and public scrutiny.

Porn is allowed to exist on Twitter, for example, but not so-called “hate speech,” which apparently includes referring to males who have adopted female pronouns as “he.” Men who use trans ideology as an excuse to harass, threaten, and insult women who advocate against delusion and in favour of sex-based rights are permitted access to the platform, but to tell the truth about male predators, harassers, abusers, or fetishists who identify as trans is a bannable offence. The political hypocrisies and irrational censorship carried out by Twitter expands far beyond their approach to pornography, but is particularly shameless, considering the company’s claims to want to protect users from harassment, and considering pornography is often used to harass women on and off line. It makes no sense that graphic, misogynist, racist pornography should be permitted on Twitter, but not actual scientific facts, if those facts don’t fit the preferred political narrative.

Unless of course you consider profit.

And so we come full circle. We are told porn is untouchable because sex is untouchable, but what we are talking about isn’t really sex: it’s money — it’s a multi-billion dollar industry. Sex is private, personal, and an incredibly powerful, important part of the human experience. I wouldn’t give it up for anything. But should we give up the sale of female bodies for male profit and public consumption? I’d argue yes. One cannot simulataneously use the “personal and private” argument when we’re dealing with a thing that only exists as it does today because of the profit motive. It there were no profit, there were be very little pornography.

I support free speech and am no fan of censorship; yet I think pornography is bad for men and women alike. And what I would like is for free speech advocates to stop pretending this is only a conversation about censorship vs freedom. I am talking about so much more: relationships, sexuality, exploitation, psychological and physical harm, the impacts of objectification, and respect. There will never be easy answers to all of that, but I think it’s important we move the conversation forward on that basis.