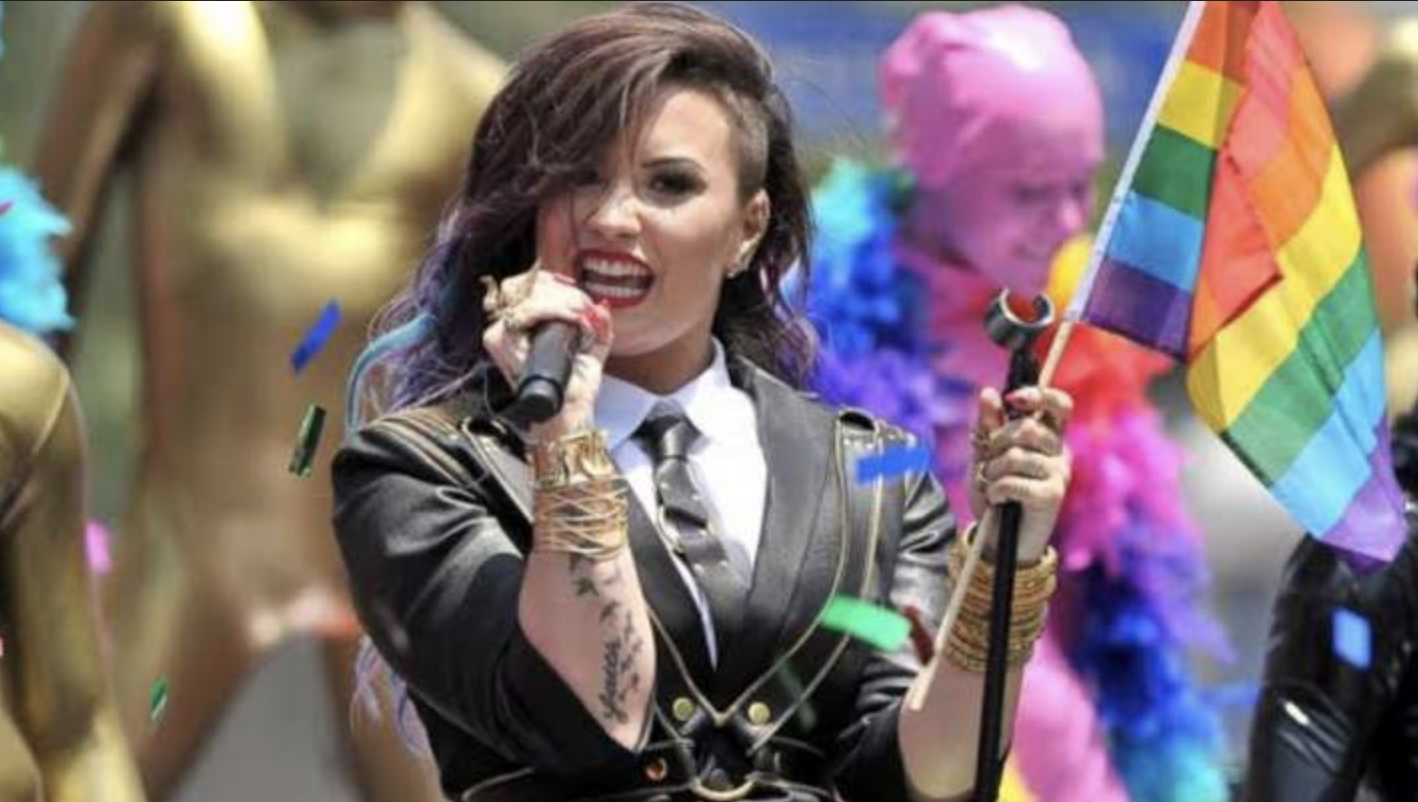 Demi Lovato, a singer, apparently, revealed last year that she was non-binary — “another level of vulnerability” for her. Lovato required “they/them” pronouns to convey that her “masculine and feminine energy [were] equal.” Even Fox News wrote about Lovato’s big reveal using “their” and “themself.”

I have attempted to explain numerous times not only that “non-binary” means nothing at all with regard to one’s “gender,” as no one identifies wholly with all of the stereotypes attached to either masculinity or femininity. There are aspects of me that are “masculine” (I am a very loud, public burper; in Canadian winters, I would wear mostly men’s flannel shirts and boots; I tend to spend more time with men than with women; I love big trucks and motorcycles; I have no interest in babies… I could go on…) and aspects that are feminine (I have long nails, I wear makeup, I flirt with men, I shave my legs, I don’t do hard labour, I have no interest in fishing…) — I have a personality, in other words. It is not a “binary” personality. I don’t know what it “feels” like to be a woman, I just know what it feels like to be me. This is true of all people: no one knows what it feels like to be anything but themselves.

This is also why I consider the concept of “identifying” as the opposite sex stupid. Not only because it is impossible to identify as male if you are female in exactly the same way it is impossible for a 40-year-old to identify as a toddler or for a lizard to identify as a giraffe, but because “feeling” masculine when you are female is irrelevant to pretty much everything. How you feel is fine. It’s really not all that interesting. It’s human. It doesn’t make you special, and it certainly doesn’t alter biological reality.

The non-binary seem not to realize that they feel like everyone else, which is to say that they do not feel like a walking stereotype — either a Ken doll or a Barbie doll, Dolly Parton or the Hulk. We all feel human, just like you.

But no one ever listens to me, particularly not narcissistic 20-somethings who lack in interesting things to talk about.

When I was a kid, “pushing the boundaries of gender,” as Janelle Monáe described it in her announcement of non-binary-ness, was a cool thing for girls to do. Tough little girls in high tops who climbed trees and had adventures were the subject of numerous books, TV shows, and movies in the 80s. I rejected the feminine as a girl because I thought it was stupid, no fun, and weak (in retrospect, there was a little anti-womanness in there, as I advanced towards believing, as a young woman, that motherhood and becoming a wife were also stupid, no fun, and submissive in nature), not because I thought I was a boy or literally wanted to be male. (What child would come up with such a notion on their own, in any case? Children do not understand or think about sex in these terms.)

Today, the feminist messaging of my youth has been lost. The concepts of “transgenderism” and “non-binary-ness” are rooted, not in “gender fluidity,” but in sexism. Rather than simply being yourself — a woman who is sometimes “masculine” or a man who enjoys the “feminine” — you must be something else entirely, and something absolutely everyone else must know about and engage with. “Pushing the boundaries of gender” is something everyone can and should do, in that no one should feel relegated to the boundaries of “masculine” or “feminine.”

The uselessness of these new categories of “trans” and “non-binary” has not only been pointed out by women like me, who understand the history of feminism and the meaning of “gender” (which refers not to one’s biological sex, but to the roles attached to that sex) , but by the “non-binaries” themselves.

Indeed, after just a year, Lovato has announced she would be reverting back to “she/her pronouns” on account of “feeling more feminine.” I very much doubt she no longer feels “human” which is how she described her sense of “non-binary-ness” last year, explaining on on Spout Podcast, “that’s what they/them is about… it’s just about feeling human at your core.” I suspect she still feels human, just like everyone else, but has been convinced by a media that wishes to avoid everything of importance in favour of distractions only accessible by those who have no real concerns that her human feelings are somehow different than everyone else’s.

I am consistently described as being “anti-trans” for saying exactly what I have said above. I reject even having to defend or correct such an accusation, though sometimes I am forced to explain, in order to advance the conversation, that I support everyone being themselves and living their life in whatever way feels good and authentic to them. But the reality is that all I am doing is describing how human beings are. You are human, I am human, and your feelings about “gender” don’t make you any more or less human, or any more male or female than anyone else.

The truly open-minded (and feminist!) approach to gender is to accept that people are different, and have different likes and dislikes. How one feels about masculinity and femininity is mostly irrelevant, beyond understanding they are stereotypes we need not abide by.

The fact that one can so easily switch from they to her to him to xe only demonstrates how stupid and meaningless this whole charade is, though the gender obsessed will likely fail to recognize this. Their quest for attention will always supersede rationality.

What's Current: Female prison guards in Israel say they were 'pimped out' to be raped and sexually abused by male inmates