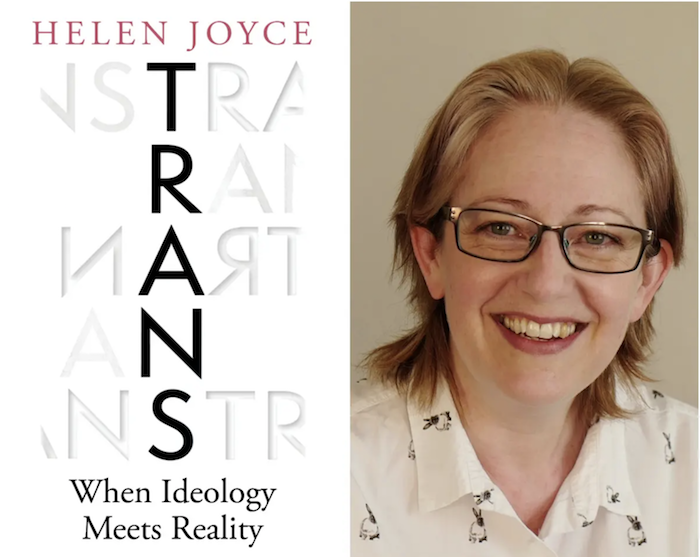 An ideological movement at odds with reality has swept the world, taking over government, public institutions, progressive politics, international organizations like the United Nations, and NGOs such as Amnesty International. Mainstream media publications, including the New York Times and the Guardian, have become its preachers, as have prestigious scientific journals, like Nature and Scientific American. We cannot think of an ideology that has gained such success in such a short period of time.

This ideology would strike the average person as nonsensical, prior to indoctrination — it holds that a person’s sex has nothing to do with chromosomes, genes, biological body structure, or reproductive function, but is determined by one’s feeling of being a “woman” or a “man” (or a “non-binary,” “genderfluid,” “pangender,” “demigender,” or any of the nearly 100 other genders created within this novel belief system).

This ideology is called “gender identity,” and everyone is said to have one. Some will be aware of theirs as early as three years old, though some may not realize their “true identity” until middle age. When one’s internal feelings about their “gender” differ from their biological sex, the person is said to be “transgender.” When one’s “gender identity” matches one’s sex, the term “cisgender” is applied. According to this belief system, when a baby’s sex is observed at birth, according to gentalia, this is merely a convenient and temporary “assignment,” which is imposed, and their “gender” may need “correcting” later in life.

As an integral part of this reassignment, the trans-identified individual  gives themselves a new baptismal name that corresponds to their “correct” gender. Instead of “Jack,” they become “Jill.” Trans ideology says gender is “fluid” and not “binary,” yet trans individuals insist on femininized and masculinized names, firmly in line with gender norms. Failing to use a trans individual’s new name and preferred pronoun is treated as an insult of the highest order.

Among the numerous incongruencies within this faith is the question of why, if sex and gender are so flexible, it is necessary that we all adhere to binary gender stereotypes when addressing transgender people?

If this doctrine were simply about private belief, there would be less cause for concern, but it says hormone treatments and “puberty blockers” should to be given to youth, impacting their development and putting them on a path to surgical transition; that men who claim to be women may participate in women’s sports and win medals; and that male rapists who awaken to their “true gender” in prison — announcing they are women —  be transferred to women’s prisons, where they rape female inmates.

Even the word “woman” itself is deemed unusable, on the grounds that it excludes men who are women and women who are not women, meaning females must be referred to as “menstruators” and “pregnant people.” Just last month, one of the world’s most prestigious medical journals, The Lancet, came under fire for describing women as “bodies with vaginas.”

The adherents of this belief system are known as Trans Rights Activists (TRAs), and, like the Knights Templar of old, they are militant, aggressive, and have no tolerance for infidels. These gender crusaders and their allies label anyone who challenges, questions, or finds holes in their doctrine — including LGB people — “transphobic.” TRAs sew a yellow star on the chests of blasphemers, via the label “TERF” — an abbreviation for “Trans Exclusionary Radical Feminist” — which has almost the same functional meaning as “Satan” or “witch” in Christianity (indeed, “witch” is hurled at so-called “TERFs by trans activists).

World-famous author, J.K. Rowling, was attacked en masse for speaking against this doctrine. TRAs shared videos of her books being burned on YouTube and Twitter, and threatened to “beat, rape, assassinate, and bomb” her. Less famous women have been fired, threatened, beaten, or arrested and charged with hate crimes for disobeying their doctrines.

Attacks are launched on academic women at elite universities — such as Kathleen Stock, Holly Lawford-Smith, and Donna Hughes — whose public harassment serves as a warning to others who may not have similarly secure incomes, public esteem, and a platform to defend themselves. Lawford-Smith and Hughes were not supported in exercising academic freedom of speech and scholarship by their universities, and Stock’s union published a statement condemning her. Stock was subject to harassment from colleagues and students, requiring her to get police protection. Last week she resigned from her position at the University of Sussex, explaining on Twitter, “This has been an absolutely horrible time for me and my family. I’m putting it behind me now. On to brighter things soon, I hope.”

Many are aware of this situation, but choose to remain silent or pander to critics out of fear of reprisals and attacks. Western values of “freedom of expression” are tossed aside, and biological common sense is considered hate. If Galileo Galilei were to come back to life, he would be amazed at how little humanity has progressed since his time.

Within an Orwellian situation, a journalist named Helen Joyce dared challenge this medieval reign of terror, publishing Trans: When Ideology Meets Reality. Starting with the historical origins of gender identity ideology, she systematically uncovers its internally contradictory nature, illogical foundations, and the consequences of its normalization.

The book became a worldwide sensation, reviewed in the UK’s Times in August and in the New York Times in September, and became the number one downloaded book on Kindle UK in September. A Russian translation is already underway. In Japan, the book has been discussed extensively on social media, and there is growing demand for translation in Japanese. Trans is currently available in hardcover and e-book formats, blurbed by the likes of renowned evolutionary biologist and best-selling author, Richard Dawkins, and English journalist and broadcaster, Jenni Murray, who stepped down from her role presenting the feminist BBC radio show, “Women’s Hour,” after 33 years after continued attempts to censor her gender critical views.

Joyce has a PhD in mathematics and became a staff journalist at The Economist in 2005. She is now one of its executive editors in London. With a background in science, her writing is evidence-based, calm, and humorous. She is most concerned about the youth who transition at a young age and come to regret it. Joyce says in her preface that she wrote the book for them.

The book shows how parliaments, the judiciary, academia, and the medical industry in Western countries like the United States, the U.K., Australia, and Canada popularized and institutionalized the belief that human sex can be changed by self-identification. Joyce looks to the U.S. for the historical origins of this belief, showing that it has been promoted both as an ideological challenge to existing ideas about the biological sex of humans and by the pharmaceutical and medical industries, which profit from promoting gender transition.

After tracing the history of the rise of trans activism in the Western world, Joyce devotes chapters to each of the “collateral damages” the trans movement is causing, including bodily harm to children, loss of privacy for women, the destruction of women’s sports, and language transformation. Joyce believes there are ultimately two objectives of the movement: First, to give men access to women-only spaces, and second, to remove barriers to cross-sex hormone therapy and surgical intervention (now called sex reassignment surgery) from childhood. In other words, the trans movement is above all a threat to the human rights and safety of women and children.

While there is an assumption in Japan that women in the West are far more “equal” and “liberated” than women in other countries, Trans tells a concrete and shocking story of how trans activists have subverted women’s social interests in a little over a decade. Women’s rights and equality are not secure, and disintegrate when we let our guard down. The rapid development and domination of the trans movement in Europe and the United States illustrates this.

Although the trans movement is not yet widespread in Japan, some women’s colleges have already decided to accept men who identify as “women,” and feminist events held by universities and community groups advertise themselves  as “women only, but including those whose gender identity is ‘woman.’” The self-identification system (a system in which a person is socially recognized as a woman if he identifies as such, or declares himself to be a woman, without medical diagnosis or surgical procedure) has already become established in Japanese society, even if not yet law.

For Japanese readers concerned about the advancement of gender identity ideology in their country, the final chapter on the strenuous efforts of British feminists and “gender critical” organizations to resist the trans movement will be of particular interest. The chapter describes court challenges, efforts to track compliance with laws that make sex a protected attribute, and initiatives to persuade sports organizations to consider women’s safety and fairness. So far, England is the only jurisdiction where resistance to the trans movement has been partially successful, in terms of stopping escalated legal recognition of gender identity, and Joyce provides us with a valuable lesson from observing this dynamic from the inside.

Joyce counters the insularity and violence of the trans movement, proposing a revival of a “societal commitment to Enlightenment values of open inquiry and robust debate.” The book’s measured, reasoned style, expressing concern for trans people, opens the door to just such a debate. It takes the opposite approach to the trans activist slogan, “no debate” (meaning, no debate with heretics). Thus, in its attempt at democratic deliberation and fair commitment to the critical issues at the heart of public policy, Trans exemplifies the kind of inherently liberal and Rawlsian work that is increasingly difficult to find in the world of 21st century English-language publishing.

The hope, therefore, of Helen Joyce’s Trans: When Ideology Meets Reality, is in modelling reasoned critique, rationality, and evidence-based argumentation to those resisting this new McCarthyism.

Morita lectures in Marxist political economy at Kokugakuin University in Tokyo and is a member of the Anti-Pornography and Prostitution Research Group. He has translated the work of Catharine MacKinnon, David Harvey, and Sheila Jeffreys into Japanese.

Caroline Norma lectures in translation and interpreting at RMIT University in Melbourne and is a member of the Coalition Against Trafficking in Women Australia.