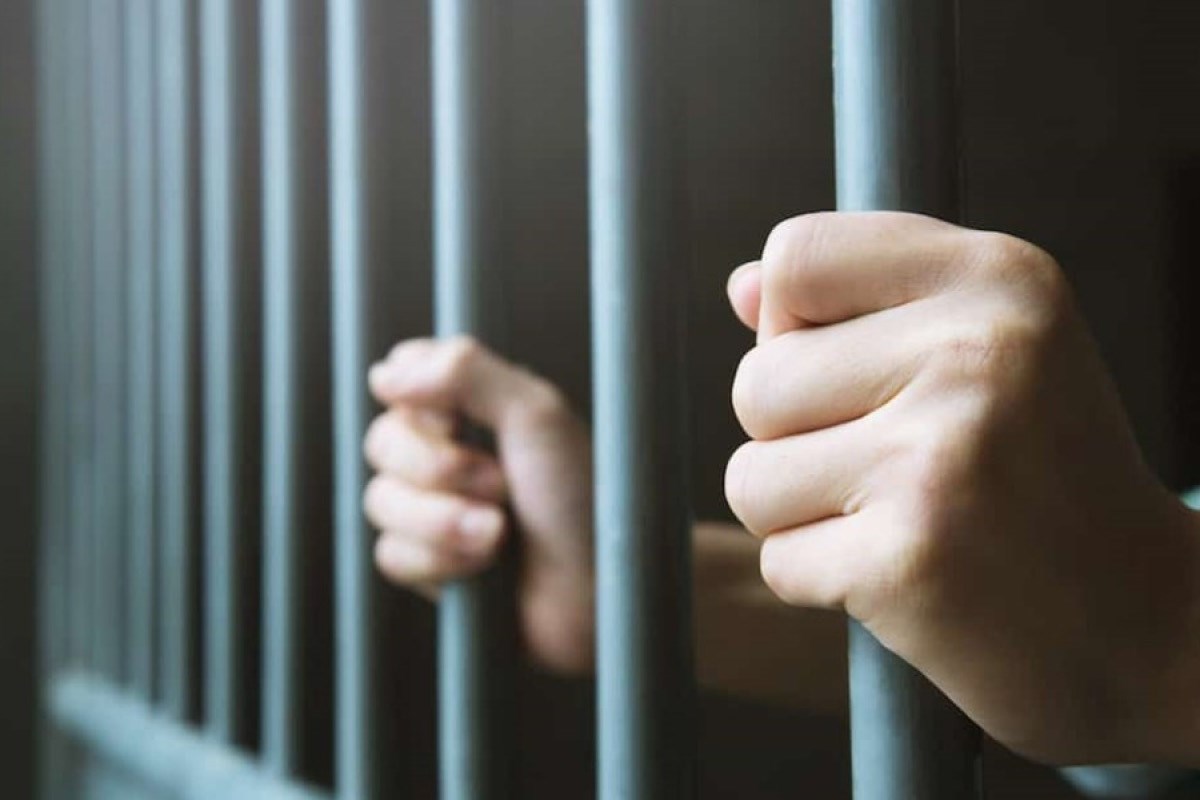 Across the United States, Canada, the United Kingdom, and Ireland, society’s most vulnerable women are being put into the hands of predatory men. The majority of the feminism-espousing left has completely abandoned these women. Where on earth have the self-described defenders of defenseless women disappeared to?

Just a few years ago, mainstream, liberal-left feminists were emoting over celeb groping incidents and knitting themselves pussy hats — a fierce stand against the patriarchy if there ever was one. When Ruth Bader Ginsberg died, my Twitter feed filled up with young women screaming into their dashcams. When a California academic recalled — just about — being felt up by a future Supreme Court Justice against her will in 1982 at a prep school party, the liberal-left discourse swelled with outrage and a general recounting of “trauma.” After attending the signing of the Postal Reform Act on April 6, US Rep. Alexandra Ocasio-Cortez put a story up on her Instagram waxing lyrical about meeting the immigrant staff at the White House coat-check, an attempt to virtue signal her solidarity with marginalized people.

All the while, at the very bottom of the socio-economic ladder, more and more women and girls are being put in unthinkable, unacceptable, and unprecedented situations involving men, many of whom are already convicted sexual predators. Yet the outrage mobs pass them by.

Mainstream feminism and the liberal left in general have a raging class problem. And nothing illustrates this better than the plight of women in prisons and homeless shelters being forced to share intimate spaces like showers and sleeping quarters with men.

Earlier this year, I came across Amber Jackson’s column in a small local paper — the Santa Monica Observer. In it, Jackson, who is serving a life sentence following a 2004 three-strikes conviction for aggravated mayhem and assault, writes extensively about the introduction of men into her facility, the California Institute for Women (CIW) in Corona, California.

I got in touch with her a few months ago —  I was very moved by her story and impressed that she was writing a column from prison. Under the tagline, “Lucky Lifer,” Jackson writes forthrightly about prison life, but in a way that somehow manages to be upbeat — even cheerful.

I asked Jackson if she had received much outside support in response to her columns. She said she had not. This is despite passages of very compelling copy about the 2021 “Transgender Respect, Agency, and Dignity Act” (SB 132) — a California bill which came into effect last year, allowing prisoners to choose whether they would like to be housed in a facility for males or for females, based on “gender” they identify as.

This has meant, of course, as no woman would willingly choose incarceration in a men’s prison, that males are being housed in women’s facilities.

“Personally, living this out, I’m trying not to become depressed by the presence of these men. It’s hard to believe nobody stepped up to stop this?

Jackson also writes about the reality of sex differences in the CIW yard and the impact of women having to share this space with men. “I’m open about hating this and feeling much less safe with male anatomy on the yard,” she writes. “Others seem to be afraid to seem prejudiced or ‘transphobic.’”

Over email, Jackson told me that the men sharing her facility are not “kept separate in any way… We double cell with them in two person cells.”

She explained that the prison gave out condoms at one point, but female prisoners “raised hell,” as this meant male inmates could rape women “and leave no evidence.” She told me an officer had warned her “that at least three of the first four men who [were transferred into her prison] have HIV.”

Jackson believes these men are “not truly trans,” and have “committed gender fraud.” They claim to be women, but are “never required to even take a psych evaluation to show their gender [dysphoria],” she writes. “They are not required to take hormones or change their style to even pretend to be an actual woman. They look like regular men.”

The reasons so many men want to be transferred to women’s prisons but no “trans man” has demanded access to an all male prison facility are fairly obvious. As Jackson explains:

“Women live much better within prisons. They always will. We have more property allowed, better privileges, and more ease of policies and procedures. So, this has opened the floodgates to all manner of b.s. motivations by men [who] have very [few] hurdles to climb to get to be men serving time among a women’s yard. Ladies and gentlemen, multiple foxes are now in the hen house! Those in CA political power barely sneeze at all this.”

There aren’t just self-identified “trans women” in the facility, but “trans men” as well — biological females who identify as men and go on testosterone as part of their transition. These women bring problems of their own, including one who broke down her own cell door in a “roid rage”, as well as other, more pedestrian concerns. In a May 2021 column, Jackson wrote:

“These transgender males are very quick to claim their male privilege! In fact, it’s the first thing they do. As soon as they claim to be a man, they stop cleaning and demand their woman or roommate do it for them. No joke. I can’t make this stuff up!”

In an interview with John Solomon, Lauren Adams, WoLF’s legal counsel, cites Bureau of Prisons data, saying that 48 per cent of men who identify as women in prison are sex offenders.

WoLF is awaiting a response to their lawsuit from the State of California, due this month.

The recent scandal involving male swimmer Lia Thomas winning the NCAA women’s swimming championship has rightly brought many centrists to the trans-women-are-women debate. The story grabbed headlines across the world, and many commiserated with the young female athletes whose chance for sporting glory was taken from them after being forced to compete against a physically stronger and larger male swimmer, because he self-identifies as a woman.

Yet if you google WoLF’s lawsuit, you will find only a smattering of headlines, including a critical piece in the LA Times, noting, “The [WoLF] complaint does not refer to people who transfer to female facilities by female or nonbinary pronouns such as she or they, instead referring to them as men.”

This, of course, is how we referred to all people with a penis and testicles until recently.

“The media response has been mostly absent, particularly the mainstream. We have definitely gotten some conservative coverage which we appreciate. The Sacramento Bee and the LA Times both did write-ups on the lawsuit, but misrepresented what the case was about and tried to skew the narrative.”

And while the female college swimmers have indeed been cheated, they had the freedom to refuse — refuse to compete, refuse to share single-sex showers with Lia Thomas (who has full male genitalia, according to his teammates) — and they had largely sympathetic attention of the world on them. They were competing for prestige, as opposed to trying to survive.

This privilege is not available to Tomiekia Johnson, Janice Chandler, Amber Jackson, all the other plaintiffs in the WoLF lawsuit (all women of colour), nor the unknown number of other women across the English speaking world who are right now being compelled by the state to share their private space with men who are often violent and sexually deviant. These women not only are forced to share spaces with often dangerous men, but their legitimate concerns are dismissed by prison authorities, and ignored or deliberately misrepresented by a media that appears to believe women’s attempts to protect themselves is motivated by a desire to hurt trans people.

That is simply not the case. Recently, I spoke with Penny Adrian, a former social worker who had befriended women who at one point lived in a single-sex homeless shelter in Texas where fully intact men had been allowed in. She told me that when “pre-transitioned trans women” stay at the shelter, “they are housed in a dorm-like situation with the women, and allowed to shower with them.”

“Some of the women I knew complained about a male-bodied person with a penis showering with them,” Adrian said, explaining that this “trans woman was a fully intact white male, and suffered from a mild mental disturbance.”

At least one of the women told Adrian she would set her alarm to wake up in the middle of the night to shower, rather than risk having to shower with this man.

“The black women I spoke with were the most upset at being forced to shower with a male bodied white man and having his white penis exposed to them while they were naked,” she said, adding:

“These were not ‘transphobic’ women. They were always extremely kind and accepting toward trans women they interacted with outside the shelter.

They just objected to having to SHOWER with male bodied people, especially given their history of sexual abuse (they ALL had sexual abuse histories).

Homeless shelters are already extremely degrading places, and forcing homeless women to sleep and shower with male bodied people only adds to that degradation.”

In 2020, Feminist Current published an anonymous account from an employee at a Maine homeless shelter who recounted similar experiences and complaints.

Female prisoners and homeless women are perhaps the most vulnerable populations in society. Ironically, this “most vulnerable” argument is capitalized on by activists pushing to house men with women. A 2003 policy paper on trans women in homeless shelters explains:

“Transgender women (who were born male but identify and live as women) can risk verbal, physical, and sexual harassment and assault when they are required to room with men. Additionally, some shelters that are properly classifying transgender people according to their self-identified gender do not provide adequate privacy and safety for transgender residents. For example, transgender men (who were born female but identify and live as men) in men’s facilities are often only allowed to shower in open showers with other men, a situation that increases the likelihood they will be harassed or attacked.”

Whatever the situation in 2003, the reality in 2022 is that gender identity is now commonly hijacked by violent criminals who want to either gain access to vulnerable women or, as Jackson points out, simply want to serve out a prison sentence in a much easier environment.

I have never heard a woman who advocates for single-sex spaces also advocate that men who identify as women should be put at risk of harm in prisons or homeless shelters. But I have also never heard anyone in the mainstream feminist movement or media acknowledge the vulnerable, working class women who are being abused and ignored under the guise of trans-inclusivity.

Jenny Holland is a former newspaper reporter and speechwriter, now based in the United Kingdom. Follow her on Twitter and Substack.

If you would like to help Women’s Liberation Front with their legal battle against SB132, or contact the incarcerated women they represent, email [email protected].