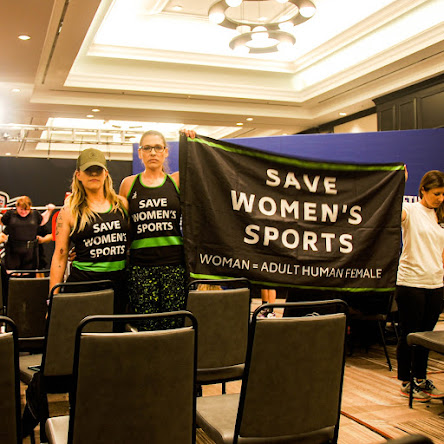 Save Women’s Sports began just as a website, created because a man demanded inclusion in the 2019 USA Powerlifting Minnesota Women’s State Championship, disruptively protesting the meet with chanting and clapping because he was not allowed to compete as a woman. After training for years, sacrificing time with friends and family, and counting not just every pound on the barbell but all the calories on my plate to get to the platform that day, I was devastated by the possibility that single-sex competition might be a thing of the past. I couldn’t just sit with all the emotions — from anger to sadness — and not do anything, so I created a website to raise awareness and help others feel safe standing up for women.

Three years later, Save Women’s Sports is an international coalition that has helped create laws to protect female athletes and has inspired far more women to find the courage to speak out against allowing males to compete as females in sport. We work hard to raise awareness, plan actions, and testify for bills that aim to protect women’s sport — educating politicians and the general public about why protecting women’s sport matters, and why it is unfair to force female athletes to compete against men. Last month, our group headed to Atlanta to protest against the NCAA allowing Lia Thomas to compete among female swimmers and consequently win a women’s NCAA Division I Championship title. The protest was one of the first of its kind to be featured across national mainstream media.

Last month, I received messages from a number of women in the powerlifting community who expressed concern about the fact a male had registered to compete at the Powerlifting America Women’s National Championships in Texas. This wasn’t just any male — this was the same man who protested women’s right to single-sex competition back in 2019, inspiring me to start Save Women’s Sports. Jaycee Cooper was set to compete on April 3 for one of the most elite spots in powerlifting — a place on the USA team for the International Powerlifting Federation (IPF). 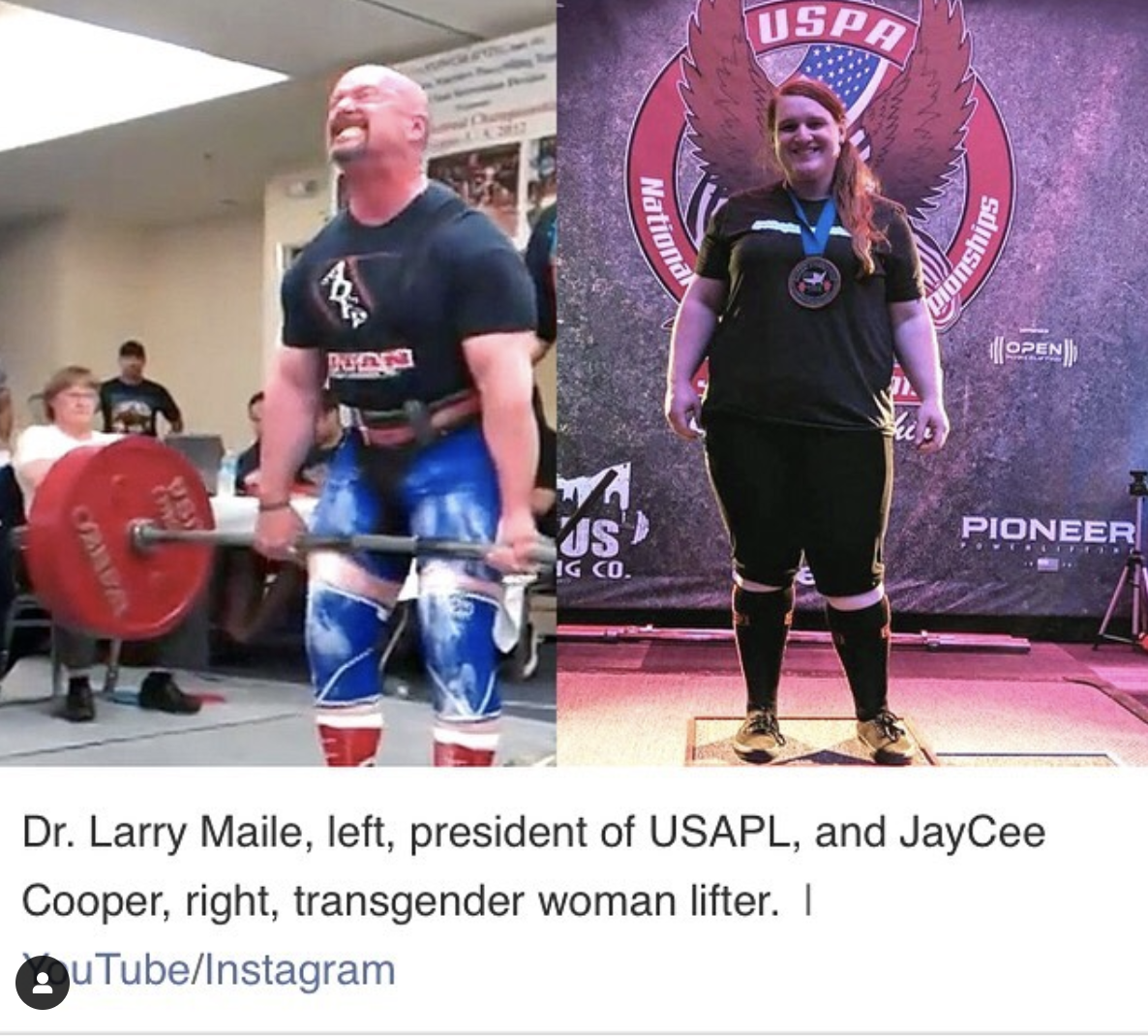 I bought a plane ticket to Austin and started making a game plan. It felt like three hard years of grinding work to save women’s sports had come down to this moment for me. I had dreamt of it, and now there were only days to prepare. Luckily, most of my supplies were still packed from Save Women’s Sports action in Atlanta. I threw my lucky yoga pants, some Save Women’s Sports shirts, and my Save Women’s Sports flag into a suitcase and started my nearly three-hour drive to the Minneapolis airport from rural Minnesota.

Traveling the country, advocating to change legislation, and protesting has not been easy. It wears on my family and my health, and I have been unable to train at the level I need to in order to stay competitive. I have dedicated my life to protecting not just women’s sports, but all of the sex-based rights women and girls deserve. Sometimes activists fail to mention the toll doing this kind of work takes, not wanting to complain or be negative, but there are drawbacks: death and rape threats became common, my hair started to fall out, activists tried to ruin my family’s small business with fake reviews, and I am now involved in a discrimination lawsuit.

I arrived in Austin on Saturday night, and as usual, there was a change of plans. Fox and Friends requested I appear on the show at 4:40 the next morning. I am not a morning person but was happy about the media exposure. I ate dinner and slept a few hours, then was swept away to Fox’s studio early Sunday morning for the live appearance. I arrived back at the hotel in time for breakfast and prepared for the protest. I reflected on how far I have come in just three years of activism and how, without powerlifting, I would not be where I am.

As the meet and protest grew closer, the Save Women’s Sports action team started assembling. It meant the world to me that a small but mighty group of women (and a few husbands) managed to change their weekend plans at the last minute to show their support for women’s right to single-sex competition. We had a quick pep talk and headed to the event. Our goal was to silently and respectfully raise our flag during Cooper’s competition, to distribute stickers, brochures, and copies of Linda Blade’s book, Unsporting: How trans activism and science denial are destroying sport.

I am happy to report that our mission was accomplished — we received overwhelmingly positive support, as well as the usual excuses as to why more are not speaking out against males competing as females: people are afraid to speak up for fear of being labeled transphobic, bigoted, and even racist for speaking the truth.

We held our flag silently with our backs turned to Cooper while he performed his second squat. Then there was some commotion in the warm-up area. The President of Powerlifting America approached us, and asked that we put away the flag. We complied and stayed to cheer on some of the strongest women in the world. When our team tried to take photos during the event, supporters of men’s inclusion in women’s sports attempted to block our cameras, physically standing in the way.

We learned later that the commotion we heard came from Cooper, who had been asked by officials to remove his socks, which had the trans activist flag colours on them: pink, blue, and white. He wore the socks rolled down during the bench press competition, and then wore different ones during the deadlift. 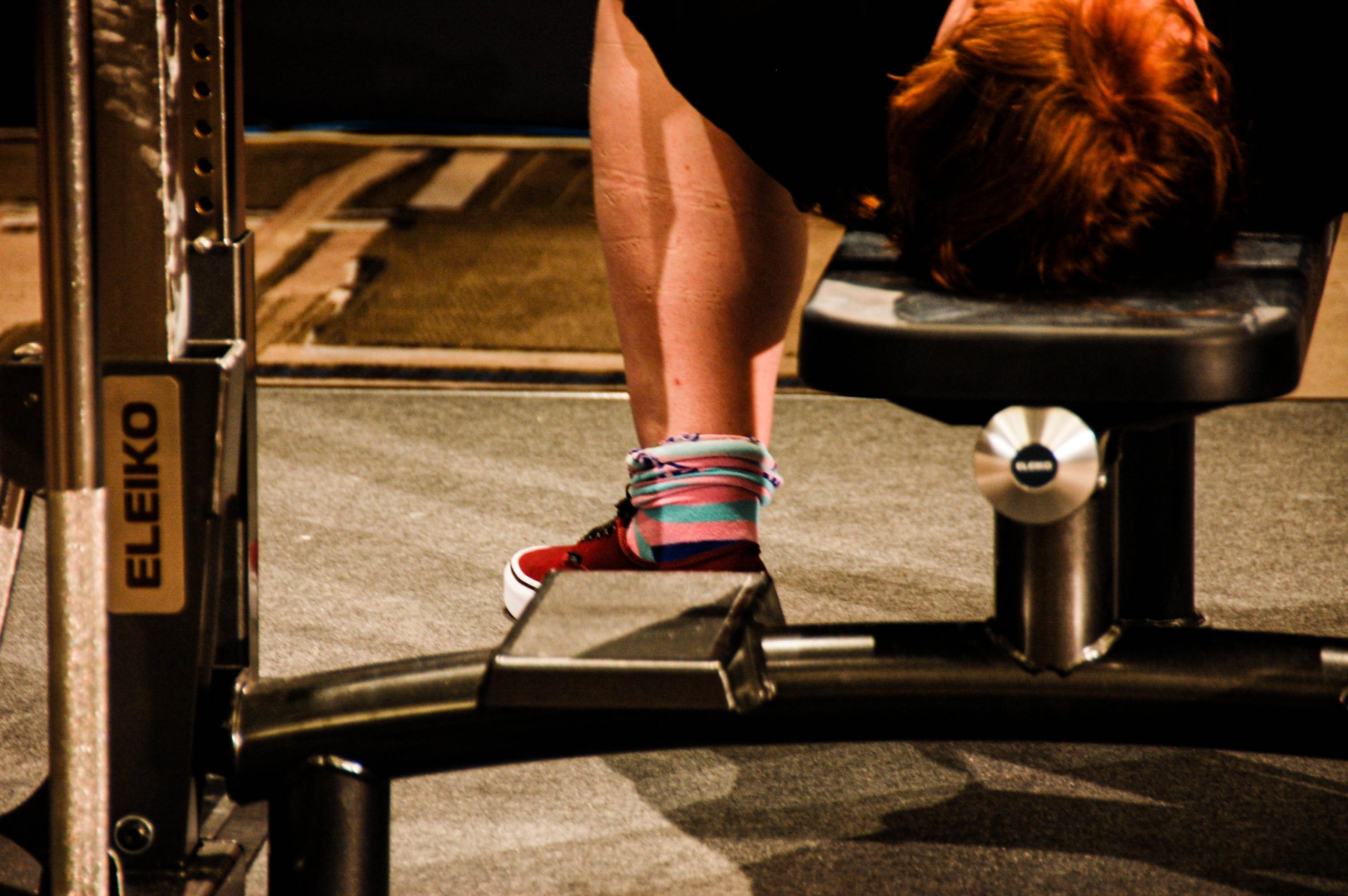 Cooper won third place by technicality. There were only three entries in his weight category, as Powerlifting America is a new federation, so turnout was low. Weighing in at 315 lbs, Cooper lifted at a total of 887.3 lbs — considerably less than the requirement to even sign up to compete at USA Powerlifting’s Nationals, which is 1062 lbs. It was embarrassing.

Despite my anger at Cooper and all the other men attempting to cheat their way to glory, I want to thank him for sending me down this unexpected path — for helping me find the strength to become a leader, and for continuing to remind me why I am fighting for the rights, privacy, and safety of women and girls every day.

My hope is that every human will feel empowered and inspired to speak the truth — they can’t cancel us all.

Do what is right. Do not compromise. Say NO to males competing as females.

Together we will save women’s sports.

Beth Stelzer is a mom, wife, and amateur powerlifter in rural Minnesota. In just a few years she has grown Save Women’s Sports from a website into an international coalition that has helped create laws to protect female athletes.