Last week, the mediocre Canadian cyclist named Rhys McKinnon who won the world title in the women’s 35-44 sprint at the 2018 UCI Masters Track Cycling World Championships as Rachel McKinnon, and has now rebranded as “Veronica Ivy,” appeared on The Daily Show.

Ever since McKinnon/Ivy realized he would fail as a male athlete, determining he would be much more successful if he cheated, and competed against women instead, the least athletic looking competitive cyclist I have ever seen has been banging the “sport is a human right” drum. 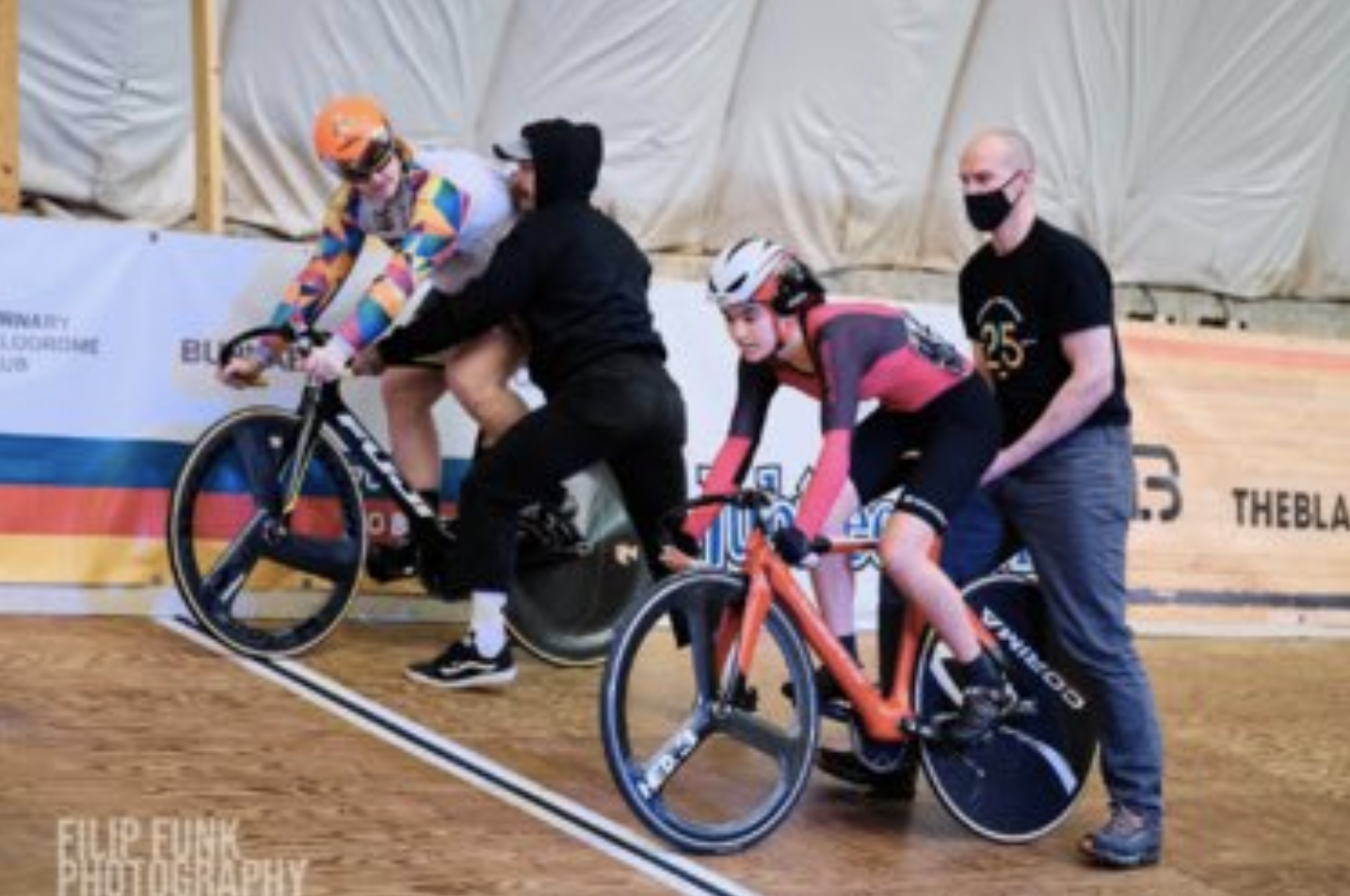 “The practice of sport is a human right. Every individual must have the possibility of practicing sport, without discrimination of any kind and in the Olympic spirit, which requires mutual understanding with a spirit of friendship, solidarity and fair play.”

McKinnon/Ivy cites this principle regularly, apparently not having read the last line, specifying the requirement of “mutual understanding with a spirit of friendship, solidarity and fair play.”

No man with an ounce of self-respect or respect for sport and competition would compete against women, knowing the massive advantage he holds. There is nothing about McKinnon/Ivy’s choice to compete against women that displays friendship, solidarity, or fair play. His fellow athletes know this, as expressed by Jen Wagner-Assali, who came in third to McKinnon/Ivy at the UCI Masters Track World Championship, tweeting, “It’s definitely NOT fair.” As did famed tennis player, Martina Navratilova, who wrote that allowing men to compete against women was “cheating,” to which McKinnon/Ivy responded, calling her a “transphobe” and demanding she apologize.

In 2019, McKinnon/Ivy broke the masters women’s world record in the 200-meter time trial. He defended this using the loophole given to him. Indeed, thanks to the Canadian and American government, McKinnon/Ivy is legally “female.” His birth certificate, passport, and driver’s license, as well as his U.S. permanent resident card, medical records, and racing license all have an “F” on them. In The New York Times, he writes:

“The Union Cycliste Internationale, USACycling, Cycling Canada, the Canadian and United States governments and the state of South Carolina all agree that I’m female.”

A gotcha if there ever was one.

McKinnon/Ivy may well be a narcissistic, entitled bully, but he is technically playing by the rules. Canada’s Liberal Party and the U.S. Democrats made the rules, after all, allowing men like McKinnon/Ivy to get away with this disgraceful behaviour and defend it on fair ground.

Clearly, McKinnon/Ivy is thrilled by his ability, sanctioned by the government, to lie at every chance he gets, and The Daily Show was no exception. Host, Trevor Noah, sure to point out that these debates are difficult to have, not because trans activists are massive bullies who threaten, censor, or destroy the lives of those who refuse to join their religion, but because “there are people who are SO transphobic that it makes it almost impossible for people who aren’t to ask any questions.”

Noah follows this statement by asking why McKinnon/Ivy believes “fighting for transgender athletes to compete in the categories they’d like to in sport is so important.”

Again, the cyclist cites “sport is a human right” before adding:

“People like to say it’s a complicated issue, but I don’t think it is — I think it’s very simple. It all boils down to: do you actually think that trans women* are real women and are really female? Or not?”

Well, thank you, sir. That actually does make it simple. The answer is “no.” No one thinks you are female. Everyone knows you are male, and that is why people insist on questioning your participation in women’s sport. Even the people who don’t question your “right” to compete as a woman do not believe you are female. They are lying to you. Because they are scared of you. Which is exactly what you want. Because you are a bully — a bully who, like everyone, knows he is a man.

While McKinnon/Ivy may have thought he was asking a question that would force people onto his side, for fear of being labelled bigoted, what he was actually doing was showing the progressives who instilled gender identity into law and policy what a terrible mistake it was. He is gloating at the world, saying over and over again “I am a woman — I am female.” All his documents say so, after all.

All those who insisted that “trans women are women” created this monster. Those who insisted we use “preferred pronouns” because we must “respect people’s identities” are also to blame. Those of us who have been treated as comparable to Nazis and deserving of removal from society and discourse for calling males “he” did not insist on correctly sexing trans-identified people “just to be mean,” but because we know that going along with this game leads us down a dangerous path.

When Noah asks whether or not trans women could perhaps compete in the men’s division, thereby allowing them to still compete (and not be “excluded” after all), McKinnon/Ivy needs only to fall back on the ratified statement provided to him: “But they’re women, and they’re female.”

“Like I said, this boils down to: are trans women really women? Are they really female? Because if you think ‘yes,’ then we belong competing with other women.”

And there, you are all stuck — all you who insisted “trans women are women” and who insisted those who did not agree were dangerous, hateful bigots — you are stuck in a trap of your own creation. You chose to lie in order to maintain your status as one of the “good” within your social and political circles; to gain social media likes; to maintain your social media accounts, jobs, political positions, and media gigs; as well as in order to position those who don’t play along as bad, and worthy of social shunning at best and persecution or violence at worst. Now, you have no legs to stand on — no argument to make in defense of women’s sport and, more broadly, women’s sex-based rights and protections. No means to ask important questions about material reality and what is fair and right.

Unless, of course, you are willing to admit the truth: that trans women are not women, and everyone who claimed they were lied.

*McKinnon/Ivy actually says “intersex women and trans women,” but people who have intersex conditions are not the same as men who claim to be female, and I refuse to participate in that manipulative conflation.