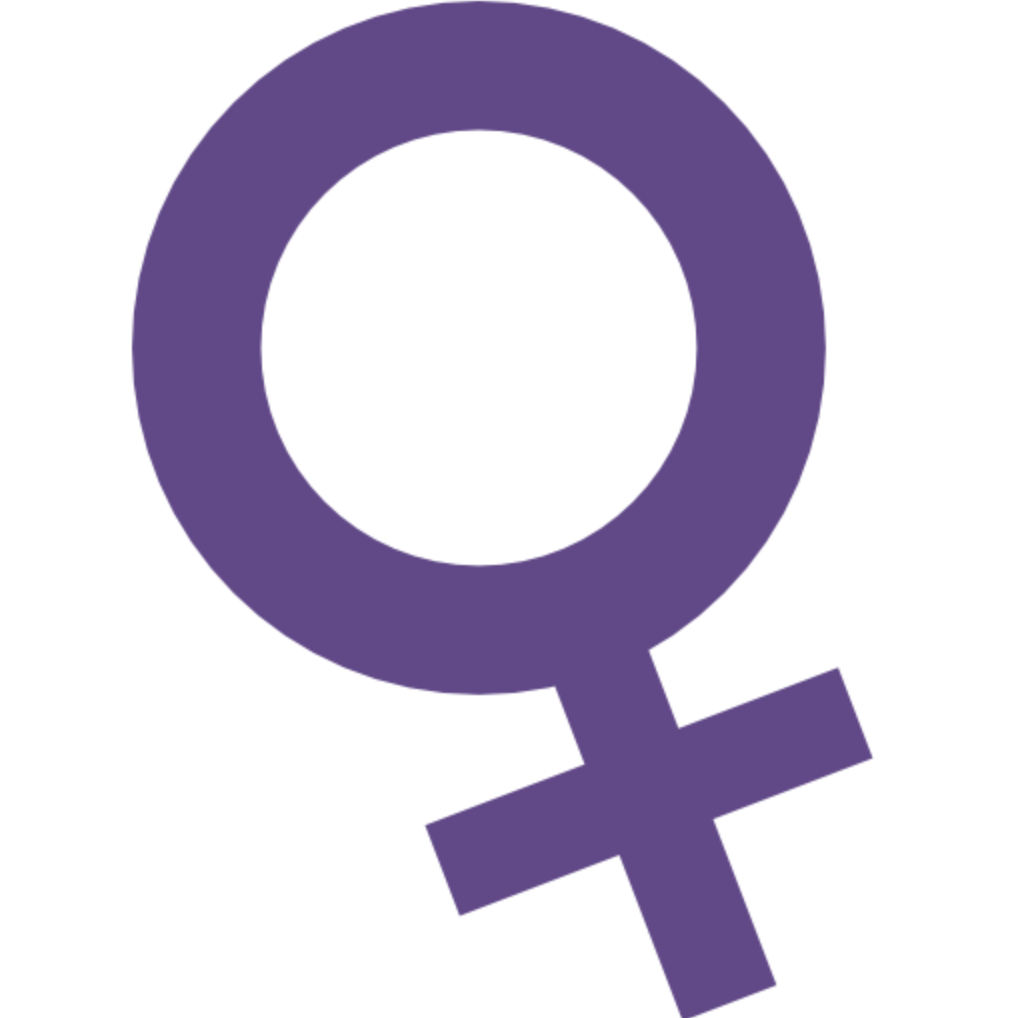 It is “no accident,” writes feminist philosopher Marilyn Frye, “that with various degrees of conscious intention, feminists have tried to create separate spaces where women could exist somewhat sheltered from the prevailing winds of patriarchal culture and try to stand up straight for once.”

Feminism happens when women stand up straight, and when they talk to each other. But free speech is becoming increasingly inaccessible for gender critical and radical feminists, particularly online. Facing social media bans, deplatforming, and censorship, many gender critical women have sought shelter in niche, women-centred communities, like Lipstick Alley, a Black women’s forum; British parenting site, Mumsnet; and Ovarit, a new forum founded in June by former moderators of the r/GenderCritical community on Reddit.

Shocked at Reddit’s sudden removal of r/GenderCritical and other feminist communities, I volunteered to join the admin team for Ovarit, having moderated the r/GenderCritical subreddit for over a year. I was motivated not just by the injustice of the ban, but because I know how pivotal women-centered spaces are to feminism. These spaces are the cauldrons of feminist consciousness and the covens of feminist activism, allowing women to find common cause and organize in defense of their rights. But where there are cauldrons, covens, and witches, there are witch-hunts.

Mumsnet, the wellspring of British gender critical activism, was described by Vice writer, Eve Livingstone, as a “toxic hotbed of transphobia” in 2018. In December, less than five months after its launch, Kaitlyn Tiffany labelled Ovarit the “secret internet of TERFs” in a piece published at The Atlantic. Lipstick Alley, an online forum for Black women, has not yet been targeted similarly, possibly because it is not on the radar of a largely white media class, or because the optics of attacking a black female community doesn’t support the popular narrative that opposition to gender ideology is “white feminism” and akin to racism.

Optics matter a great deal in witch-hunts. The historic stereotype of the warty, hook-nosed, haggard witch was part of the justification for her persecution. And there are stereotypes aplenty in both the Vice and the Atlantic articles. Livingstone quotes self-identified transwoman, Joss Prior, who characterizes gender critical Mumsnetters as outdated “second-wavers…… What might now be known as ‘white feminism,’” adding:

“It reminds me of the kind of puritanical beliefs that underpin some strains of homophobia and it is completely hostile for intersectional feminists or anyone who doesn’t fit a white, cis, feminist ideal.”

Livingstone presents these gender critical women as opinionated and bookish, quoting a woman who “monitors” Mumsnet, who explains, “When you believe that what makes a woman is only her biology, the result is a policing of womanhood and a very narrow academic and ideological perspective of what feminism and gender should be.” The figure of the ageing, judgmental, privileged bluestocking is a time-honoured means to frame women’s experience, concerns, and knowledge as out-of-touch and irrelevant.

But while critiques of Mumsnet have coalesced around its British, middle-class, maternal identity, it’s been difficult to pin Ovarit users with the same stereotypes — they have little in common beyond being female, critical of gender ideology, and comfortable with internet culture, having come from Reddit. Applying tired ageist and anti-maternal cliches against the gender critical subreddit proved difficult — Reddit has a primarily male user-base, and is frequently accused of being a hotbed for misogyny, so, instead, Tiffany associates gender critical feminists with toxic male-centered forums that thrived on Reddit, like incels and r/The_Donald.

Tiffany declines to acknowledge what gender critical feminism actually is: an analysis of sexist gender roles that have traditionally oppressed women. Gender critical feminists do not believe these roles determine sex, but are primarily social constructs. They also, of course, believe biological sex is real and that a woman is an adult human female — which Tiffany frames as a radical belief.

Tiffany interviewed myself and another Ovarit admin (“girl_undone”) for the piece, though did not include our comments in her article. She admitted to girl_undone that she had not spent much time on r/GenderCritical prior to its removal, yet despite having no knowledge or evidence, continuously frames the forum as “toxic” and responsible for the dissemination of hate speech, due in large part to its insistence that transwomen are male. Gender critical forums in general, Tiffany argues, exist to “make the internet another dangerous place for transwomen through doxing and harassment.” If there were any evidence to support the claim that feminists make the internet dangerous for transwomen or spend their time doxing and harassing them, Tiffany does not offer it.

Tiffany’s key charge against Ovarit is that the space is even more likely to radicalize users than the gender critical subreddit, due to a lack of contact with people outside our “bubble.” This would, she surmises, create an “online echo chamber” wherein gender critical feminists can’t be “hemmed in by any dissenting voices.” Yet, many of these “dissenting voices” online took the form of  trans activists who would tell me and other r/GenderCritical moderators to choke on dick, die in a fire, and kill ourselves on a day-to-day basis. Personally, I feel much more benign about the trans rights movement in the absence of these attacks. Nonetheless, Tiffany concludes, “You can’t de-radicalize anyone if they’re off in their own world.” Freedom of association does not apply to covens.

Even if we had been a legitimate threat to anyone, Ovarit had fewer than 2,400 members at the time the Atlantic article was published. Mumsnet, by comparison, boasts 10 million users, has existed for over a decade, and is so politically influential that government ministers in the UK answer to Mumsnet users — they are a serious political force. To present such a comparably miniscule online feminist community like Ovarit as a danger or as responsible for a mass moral panic is extraordinary.

The idea that our users are dangerous is only credible if you imagine that belief in the reality of biological sex is in any way a radical or dangerous position, and that women who share these views behave violently towards those who do not. But there is no evidence to support this assumption. As a British feminist, I have witnessed numerous attempts by trans rights activists to disrupt peaceful meetings organized by grassroots women’s organizations. In fact, my motivation for joining r/GenderCritical in the first place was in response to the violent attack on Maria McLachlan by a trans rights activist in 2018.

The charge that gender critical discourse encourages violence against trans people is reminiscent, symbolically, of Witchfinder General Matthew Hopkins’ “jabbing needle” — a three-inch long spike that was spring-loaded, so it retracted into the handle upon contact with an accused witch’s skin, giving the impression it pierced her, but did not cause her pain or to bleed: sleight of hand, used to justify lighting a pyre.

The “threat” Ovarit presents has nothing to do with potential violence or abuse. Rather, it is the creation of a counter-hegemonic space that exists outside neoliberal and patriarchal control that “threatens.” Ovarit cannot be censored, controlled, or shut down. Mumsnet and Reddit are commercial enterprises, unlike Ovarit, and depend on advertising revenue to exist and make a profit. When activists make claims that these platforms host bigotry and transphobia, it hurts these corporations’ bottom line and public image. In her book, The Politicisation of Mumsnet, Professor Sarah Pedersen describes how activists put pressure on Mumsnet’s advertisers, leading to “a change in moderation policies on Mumsnet, with tougher rules on what could and could not be said on the site in relation to the transgender issue.” This included the censorship of language and the banning of certain posters.

Ovarit exists outside that structure and those limitations — it was created for women, by women, as a means to organize around women’s rights and to find community in a hostile world. Profit is not a factor in its existence. We have no advertisers for opponents to harass, no superiors to discipline us, and no shareholders to be placated.

The timing of the article was odd, too. It was published three months after Tiffany first contacted us in August 2020, coinciding with significant gains for British gender critical feminists, such as the shelving of proposed reforms to the Gender Recognition Act and Keira Bell’s win in her case against the Tavistock. These successes were achieved through standard methods of democratic activism: writing letters, signing petitions, making speeches, lodging freedom of information requests, submitting consultation responses, and conducting research. Ovarit has the potential to provide a similar framework for activism as Mumsnet — to become a hub for gender critical activism. Activists from the United States, Canada, and the rest of the world now have access to a platform upon which to develop their campaign strategies, share wisdom, and support each other, just as British feminists did, but in an explicitly gender critical space.

You do not have to be particularly sympathetic to gender critical feminism to recognize the authoritarian drift of Tiffany’s argument: Andrew Sullivan described her position as “deeply illiberal;” Glenn Greenwald charged The Atlantic with “explicitly advocating internet censorship,” which he explains is, “a tactic people turn to when they know the public has turned against them.” Grace Lavery, a primary source for Tiffany’s article, recently called for Abigail Shrier’s book, Irreversible Damage, which looks at the transitioning of young women, to be burned on a pyre. (Ovarit is not asking anyone to cancel their subscriptions to The Atlantic, although you are free to contact the editor if you feel inclined to do so.)

Pedersen describes Mumsnet as a “subaltern counterpublic” — a term coined by Nancy Fraser to describe discursive arenas developed in parallel to the mainstream, “where members of subordinated social groups invent and circulate counter discourses to formulate oppositional interpretations of their identities, interests, and needs.” Woman-centred subaltern counterpublics like Mumsnet, Lipstick Alley, and Ovarit allow women to raise issues that have been suppressed within mainstream discourse and social media platforms, where they can be sheltered from the prevailing winds of harassment, abuse, and censorship they experience elsewhere.

‘Witchcraft is less a set of practices than a representation of the oppositional, as the intentional thwarting of the machinery of power,” writes Katherine Howe, in the Penguin Book of Witches. There is, of course, no more effective means to suppress free debate than mounting a witch-hunt against stubborn, resilient, subaltern counterpublics and their members. But these witches won’t burn.

Direct message @WomenAreOvarit on Twitter or @Ovarit on Spinster for an invite code.

Karen Oakey, aka womenopausal, is a radical feminist with an interest in global violence against women. She is a former mod of r/GenderCritical and currently an admin of Ovarit.com, a project dedicated to women’s liberation that provides a platform for women-centered communities.

What's Current: Ladies only pool in Australia under fire for rejecting males without sex change surgery