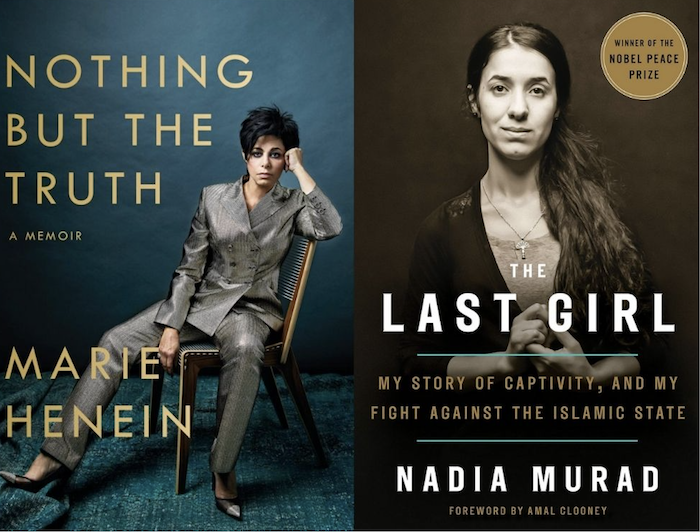 The first time I felt self-conscious about being Canadian was in 1989, when the Customs branch of Revenue Canada held imports of Salman Rushdie’s novel, The Satanic Verses, after the Ayatollah Khomeini accused the author of blasphemy and issued a fatwa. The book was “reviewed” for any material that might be considered hateful under the Criminal Code of Canada. This act revealed how easily the right to freedom of expression can be suspended, and how important the role of education must be in instilling knowledge leading to vigilant defence of that privilege. This is true especially in the formal education setting (through inspired teachers) where students spend most of their day.

Now, all these years later, I see that instead of fulfilling that mandate, the education system seems to have become an antagonist to freedom of speech, evidenced by the Toronto District School Board’s decision not to support two authors’ inclusion in a book club for teenage girls — a first in the club’s four-year history, according to its founder, Tanya Lee.

Who are these shady characters, and what sacrilege have they committed according to the TDSB?

Criminal lawyer and author Marie Henein was barred from the club for having defended her client, CBC broadcaster Jian Ghomeshi, on sexual assault charges in 2016. Lee was told by board superintendent, Helen Fisher, that Henein’s participation would “send the wrong message.” Henein made her message — or views, rather — on the importance of the Rule of Law clear in a talk at the Ideacity 20th Anniversary Conference called,  “Democracy & Freedom of Speech vs. Disinformation in the Age of Surveillance,” in 2019, where she expressed concern that hard-won liberal values — such as freedom of expression — have been handed over to those who are anti-democratic.

Nadia Murad, author of The Last Girl, My Story of Captivity and My Fight Against the Islamic State, was rejected by the Board for fear her story of devastating personal experiences at the hands of a terrorist organization might “foster Islamophobia.” This is an advocate for survivors of genocide and sexual violence, and a winner of the Nobel Peace Prize we’re talking about.

So why the over-zealous apparatchiks at the Toronto District School Board? Has the educational system in Canada become so emboldened through having been permitted to indoctrinate students into gender identity ideology, unchallenged, that they have moved on to book banning? Are they wielding red pens over future books right now, endeavoring to ensure that two such dangerous women never again threaten to open the minds and imaginations of the students under the board’s charge?

While the board is “reviewing” two books by authors with authentic, courageous stories to tell, “drag queen story hour” gets an enthusiastic green light. NOW reports that it was a TDSB kindergarten teacher (in a big, yellow wig) who performed the first “story time” at the Royal Ontario Museum in 2017, and I’ve seen nothing but good-natured approval and cuddly admiration from libraries and public schools ever since. Certainly had these two authors worn sequined ball gowns, satin opera gloves, fairy-dusted bouffants, and read from Not Every Princess or A Book of Feelings, they would have been welcomed with sparkly, open arms.

Why a school board requires a self-important “mission statement” I don’t know, but the Toronto District Board of Education has one:

“To enable all students to reach high levels of achievement and well-being and to acquire the knowledge, skills and values they need to become responsible, contributing members of a democratic and sustainable society.”

A teacher (probably on the verge of retiring or going insane) might ask: what word doesn’t belong in the above sentence? Anyone? Starts with a “D.” That’s right: “democratic.” “Knowledge” is pretty iffy too, especially when the very individuals who are in the best position to offer it are barred from crossing the TDSB border.

I pity any independent-minded teachers who have somehow remained committed to their vocations and may be making a difference in subtle, positive ways. I don’t know how they get through their days. More than that, I pity the students who are being sold out by the very figures they should be able to rely on for enlightenment. On some issues, this is happening behind their parents’ backs. According to the TDSB Guidelines for the Accommodation of Transgender and Gender Non-Conforming Students and Staff, “gender confusion” issues can be discussed with a child’s parents only if the child (no age limit) permits the board to do so.

There is something terribly wrong when a school board is privy to more information about a student’s mental/emotional struggles than her parents are — especially when it’s the same school board that wishes to dictate what teenage girls may think about.

The Board recently tried to backtrack, but the message was made clear, and  it’s hard to imagine that either of these books will make it to the school library shelves, so kudos to Tanya Lee for standing up for her club. A Room of Your Own Book Club sounds like a splash of vivid colour in an otherwise grey day under TDSB occupation. Her choice to feature Marie Henein and Nadia Murad offers girls the opportunity to receive knowledge and experience about the real world from two women in a unique position to offer both. Most of all, it gives them the chance to decide for themselves which values are important to them, what achievements have worth, and what democracy really means, outside the board’s ideological control.

Brenda Brooks is at work on her third novel, the story of a woman in peril.