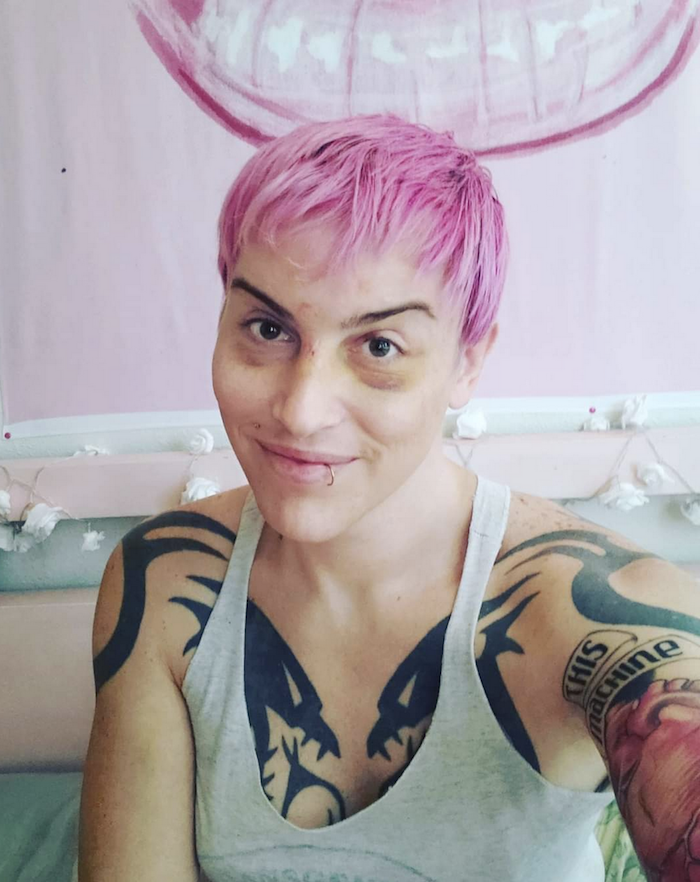 While most sane people don’t need much convincing when it comes to the issue of men beating up women for sport, there remain too many who think allowing males who identify as transwomen to compete against women is a question of “compassion.” I’m here to tell you it’s not. Not ever, not even a bit.

There is the obvious: women make up half of the population. Women and girls deserve the right to compete in sport on fair ground. If they are made to compete against men and boys, they lose out — spots in the Olympics go to mediocre men instead of outstanding women, who have been training their whole lives for the opportunity to compete at the highest level they can. Girls lose out on college scholarships that will instead go to, again, mediocre boys who are not good enough to compete and win against other boys, but that can easily beat girls in a race, for example. Men and boys are generally stronger, faster, and bigger than girls and women. They have bigger organs, longer limbs, better lung capacity, more muscle mass, and bigger bones. They move differently than women. Those advocating for what they call “trans rights,” like to pretend that differences between men and women can be boiled down to testosterone levels, but this is ridiculous. Even if a man reduces their testosterone levels as required to compete among women (and even then, IOC policy allows self-identified “transwomen” to have five times the average total testosterone of an actual woman), their male body and the associated advantages do not disappear.

It will never be “fair” for women to have to compete against men who have gone through puberty as men, no matter the hormone treatment they undertake. So the compassion argument fails on that level, because one must ask: what about “compassion” for female athletes? Why is it important to feel “compassion” for a few men who are simply not good enough to compete against other males, yet still have an unfair advantage over women? They should not lose out but women and girls should? Why do these men matter more than swaths of women and girls?

But let’s talk specifics. Specifically, let’s talk about Alana McLaughlin. The man who began training in MMA six months ago, and was permitted to fight a woman who has been training for a decade, and beat her. I am not opposed to compassion for individuals. But McLaughlin is not simply some poor innocent man, desperate for a chance to compete. I don’t believe he is so deluded to think he is literally female. For him, this is political. He knows exactly what he is doing, and he has a hate on for women. This is a guy who is well-versed in trans activism and is using it as an excuse to behave in misogynistic ways and perpetrate violence against women. The notion that this is some poor soul who just wants to be included is evidenced to be a joke, just by looking over his Twitter feed.

Anyone who has been engaged in the fight for women’s sex-based rights and against gender identity legislation will be aware of the slurs, threats, and violence advocated against those who don’t buy into or who challenge trans ideology. The woke have effectively rubber stamped the idea that those labelled “transphobes” or “TERFs” (that is to say, individuals who know that men cannot become women and vice versa) deserve abuse. The word “TERF,” in and of itself, is a nonsensical slur — the acronym stands for, “Trans-exclusionary radical feminist,” despite being applied to legions of people who do not identify as radical feminists, nor who are attempting to “exclude” people who identify as trans from anything. “Transphobe” is treated, by the left, as one of the worst things a person can be, despite the fact that the vast majority of the world’s population understands that, for example, only females give birth and only males have penises, which, if uttered out loud on Twitter, ensures one’s “transphobe” status.

Women have been the primary target of trans activist abuse, and were, initially, the primary targets for the words “TERF” and “transphobe,” which is why I read McLaughlin’s recent tweet, not-so-subtly hinting at the fact he would like to beat up “transphobes” outside the ring, in public spaces, but has been discouraged from doing so, as a specific threat against women.

I have been STRONGLY WARNED against fighting outside the cage.

Apparently I’m supposed to be an ambassador or something. I gotta be a good girl 😅 https://t.co/5unnJQbZAQ

Who else, beyond women, would McLaughlin beat up? Certainly not another male fighter. Perhaps a small man. But we can be certain he isn’t interested in fighting men of his size (5’7″, 145 lbs), because otherwise he would have done so for his debut MMA fight, rather than forcing his way into the women’s category. This is a violent man, who refuses to fight other men, and is actively engaged in trans activism, which is an overtly misogynist form of activism, targeting women and women’s rights specifically. I don’t for one second believe McLaughlin is innocently seeking “inclusion” or “fairness.” He knows all the manipulative mantras to spout, including comparing women who challenge his entitlement and violence to “Nazis,” and including wearing an “End trans genocide” shirt to celebrate his “win” against competitor, Celine Provost, as though there is such a thing as a “genocide” against people who have body dysmorphia or who would like to appear as the opposite sex. In fact, it seems those who identify as transgender can get away with violence against others, and be celebrated. “Genocide,” my ass.

McLaughlin may be deluded, as evidenced by a photo he posted to Twitter, supposedly in an attempt to appear non-threatening, but he is not innocent. He is smugly engaged in a physical and political war against women for his own satisfaction and glory, and I will not pretend otherwise.